Smile for the Camera, 16th Edition

The prompt for this edition of Smile for the Camera is “Bling, ancestor Bling.” I have chosen a picture of my paternal grandmother wearing her signature pearls. She is wearing that pearl necklace in nearly every photo I have of her. Sadly, I don’t know what became of it. However, I do have a birthstone ring of hers that my father had given me when I was a teenager. Her name is Mary Elizabeth Crist, and she grew up in a small town in Ohio. She moved to the big city of New York in her early 20’s. What a culture shock that must have been! Later in life, she moved out to Long Island, where she passed away in 1967. 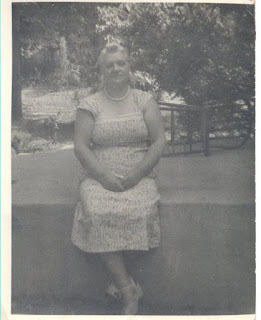 One Reply to “Smile for the Camera, 16th Edition”